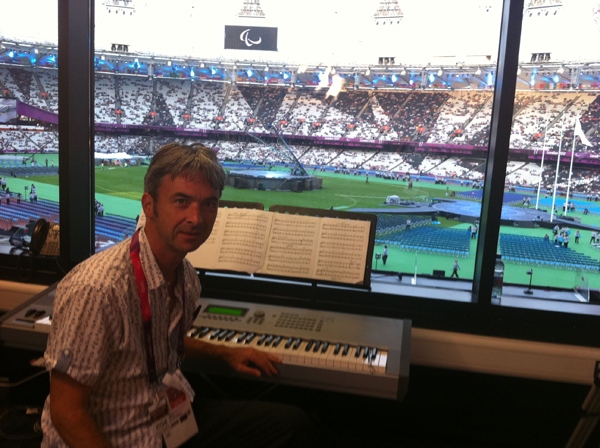 John played, live and solo, at the beginning of the spectacular show which ended the unforgettable season of 2012 Olympics.
“I have known director Kim Gavin since his days as a dancer, and was thrilled to get a call from him to play at the opening of the show. It was an incredible operation, involving thousands, and the fact that all those people were being directed via earphones, over large distances, and with only a day’s rehearsal in the actual Olympic park, was astounding. It was a real honour to be a part of it.”